The 2021 Mark Gunter Photographer of the Year Awards closed and …. Graham Watson has made his choice in the Amateur category.

Once again Graham Watson has returned to support the awards with his wisdom and his insight — by selecting his top ten in the Amateur category — and importantly recognising each photographer.

You’ll have to wait until tomorrow until we announce the winners – until then, share in the joy of these ten photographers.

Congratulations everyone selected here — being chosen by Graham Watson is an epic achievement.

Cover image by H&A Photo @h.a.velopix in the Amateur category “Light and rain made it look like the peloton came cycling out of a mirage. Teamwork and the impressive skills of young talent Tom Lindner (center, blue) brought the victory for team P+S Metalltechnik at their home race Erzgebirgsrundfahrt 2021.”

“The level of quality in this year’s amateur entry was, to my mind, un-precedented. And it made choosing just ten images a particularly tough challenge. Worse, I felt like a criminal when it came to setting an order to that top ten because each and every one of them could have been the winner.

Scenery, action, emotion, and drama are the most common elements contained in cycling images, and I chose the winner because it contained almost all of these elements in one single shot – the peloton breaking apart under threatening skies and with a wondrous Colorado backdrop of mountains illuminated by the rays of a setting sun. I love the way the way we can see a group of escapers at the very moment they made their move.

In second place came the black & white shot of the UK National Hill-Climb championships, with a female competitor being cheered up Winnats Pass by some brave fans. It is the detail in all their faces that is the most striking feature, and the obvious fact that the weather conditions were absolutely dire. Really this came so close to winning..!

In third place came a stunning shot that is good enough to grace the cover of any travel guide relating to cycling in Switzerland. The composition of both the cyclist and the mountain are what set this image apart from many others, not to mention the enticing layers of snow on the mountain. It is not a racing shot, but the feeling of this image is so strong it will make anyone want to take to the hills on their bikes!

On an annual basis, the amateur entry for the Mark Gunter Photographer of the Year Awards is drawing ever closer to the quality of the pros’ and I wonder how many of those entrants will one day become professional photographers themselves.”

Graham has been with the Awards since it’s inaugural year in 2016. He is one of the original and most well known cycling photographers, and his iconic images captured many of cycling’s most moments over his 44 years of photography. 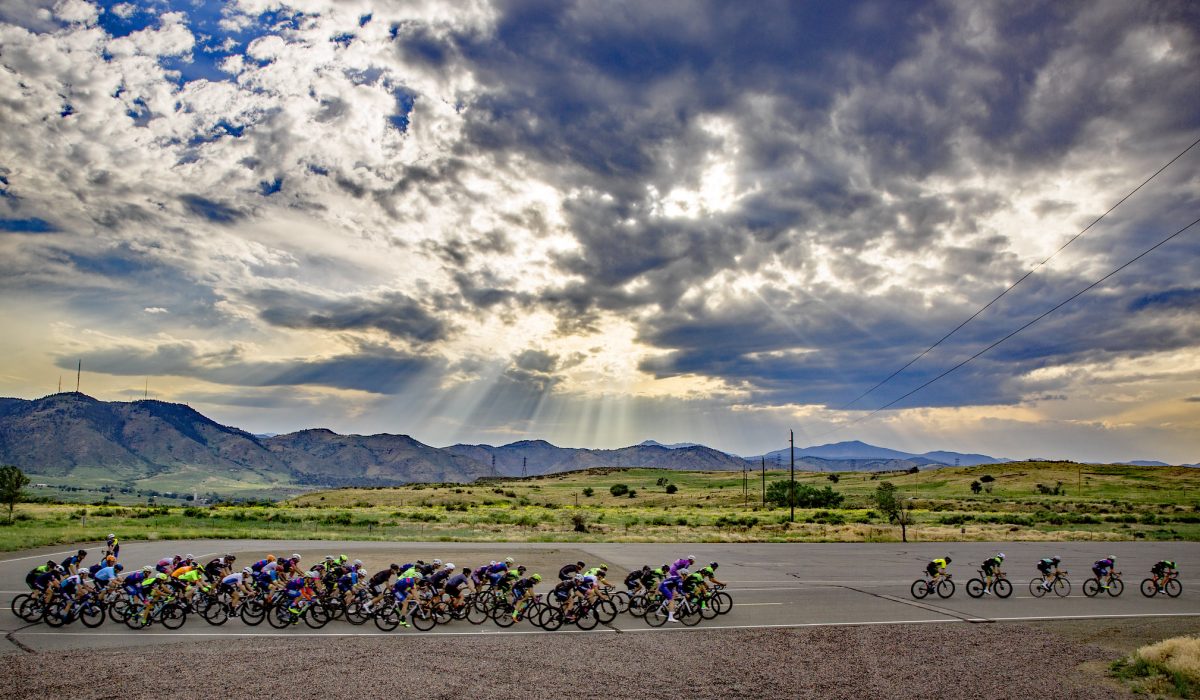 “During the summer, there are regular amateur races at the Colorado State Patrol test track in Golden, Colorado. The races start in the evening (around 5:00 pm) leading to some wonderful images as the sun sets through the clouds and over the mountains to the west. This was mid race, when the pack had come together. June 2021.” Reid Neureiter @reidnewphoto 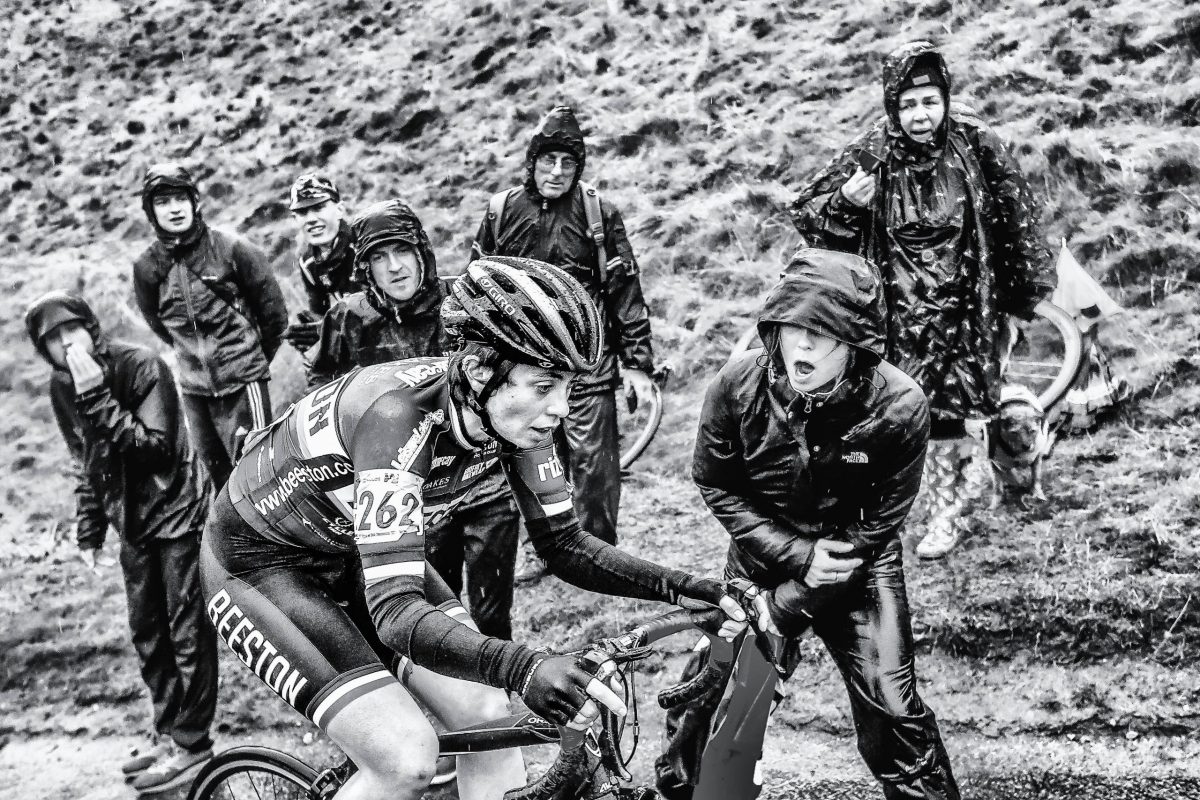 “Uniquely Quirky – Hill climbing is a uniquely British type of cycling event with a unique type of support. this was shot at the UK National hill climb championships held on one of the country’s iconic climbs, Winnats Pass, under Biblical conditions on Halloween. The quirkiness of the individual background characters, including the tiny dog sheltering from the rain, to the look of “What the hell am I doing here” on the rider’s face are what I love about this shot.” Warren Davies @traxphotos1 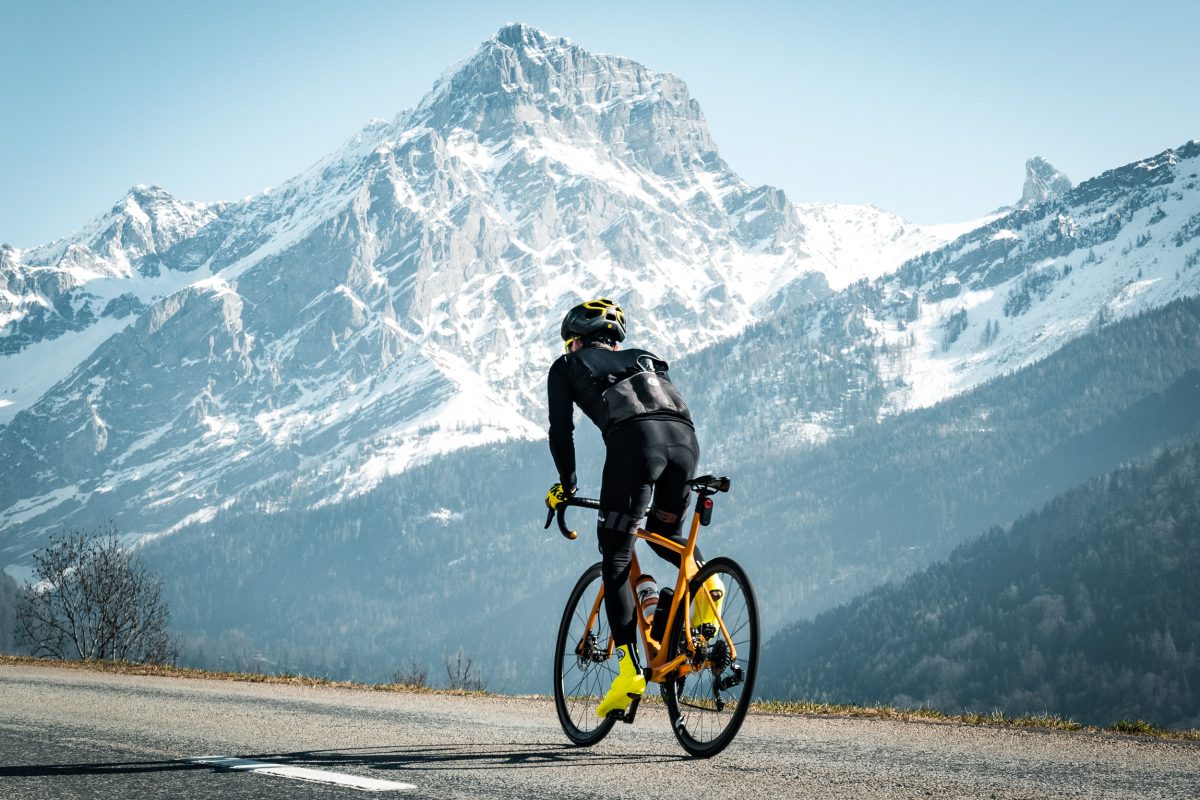 “The majestic Grand Muveran is a decent background for the climb that leads to my home in Gryon, Switzerland” Alain Rumpf @aswisswithapulse 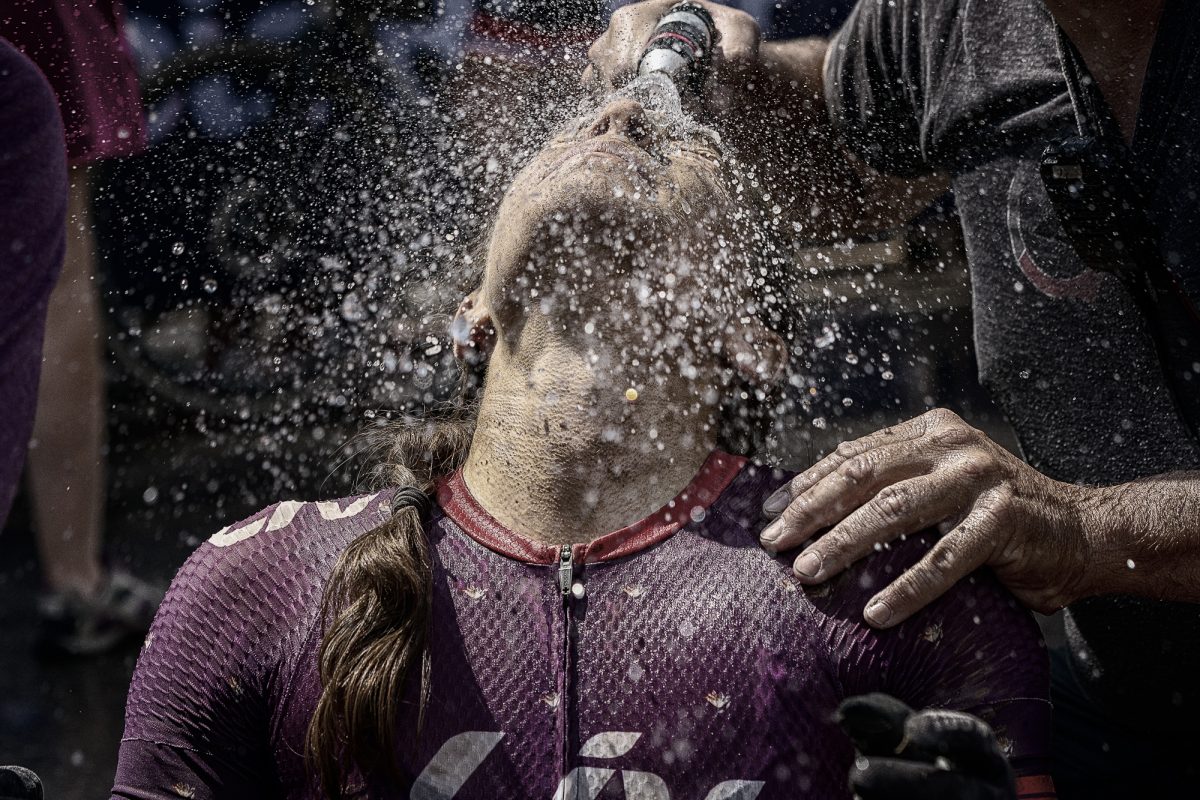 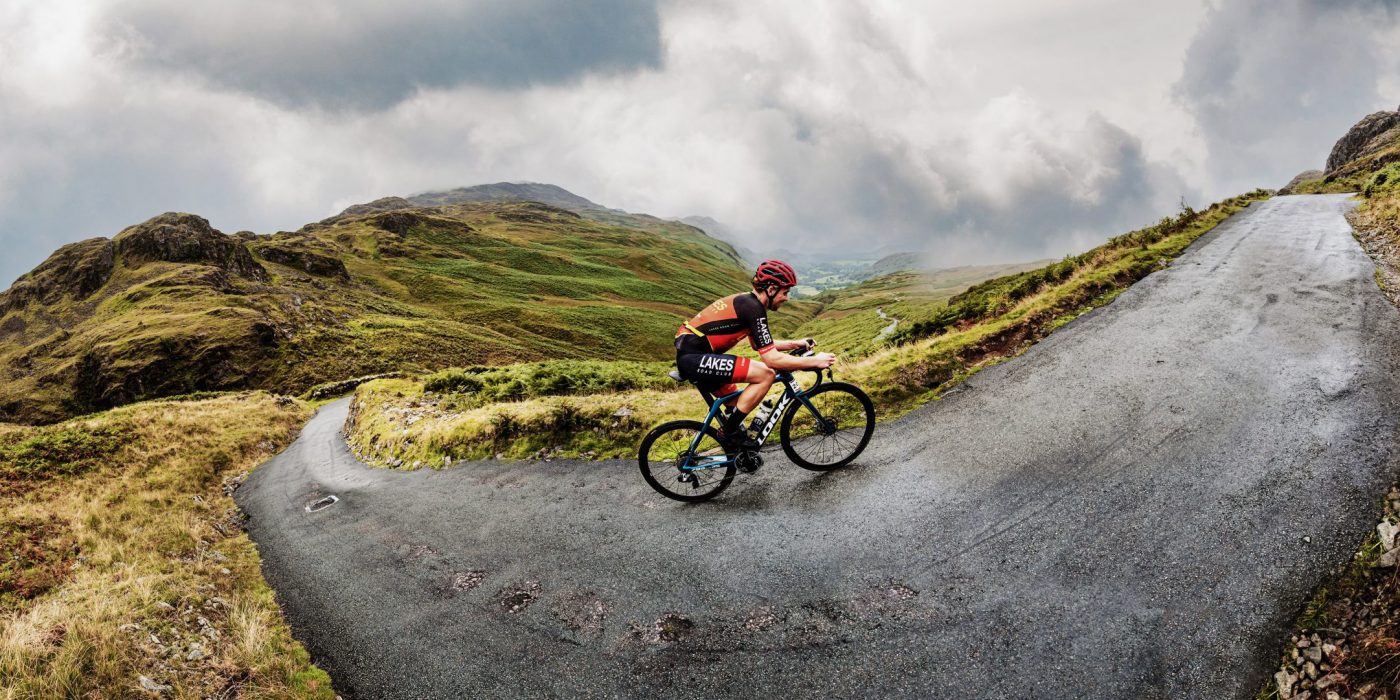 “I’m the official photographer for the Fred Whitton Challenge sportive. This is my favourite spot to capture the agony and sometimes the ecstasy of the competing riders. The Hardknott Pass is one of the steepest roads in England with a gradient of 33%, the riders approach this with nearly 100 miles in their legs. This year we had all four seasons on the climb over a 5 hour period.” Steve Flemming @stevefleming1 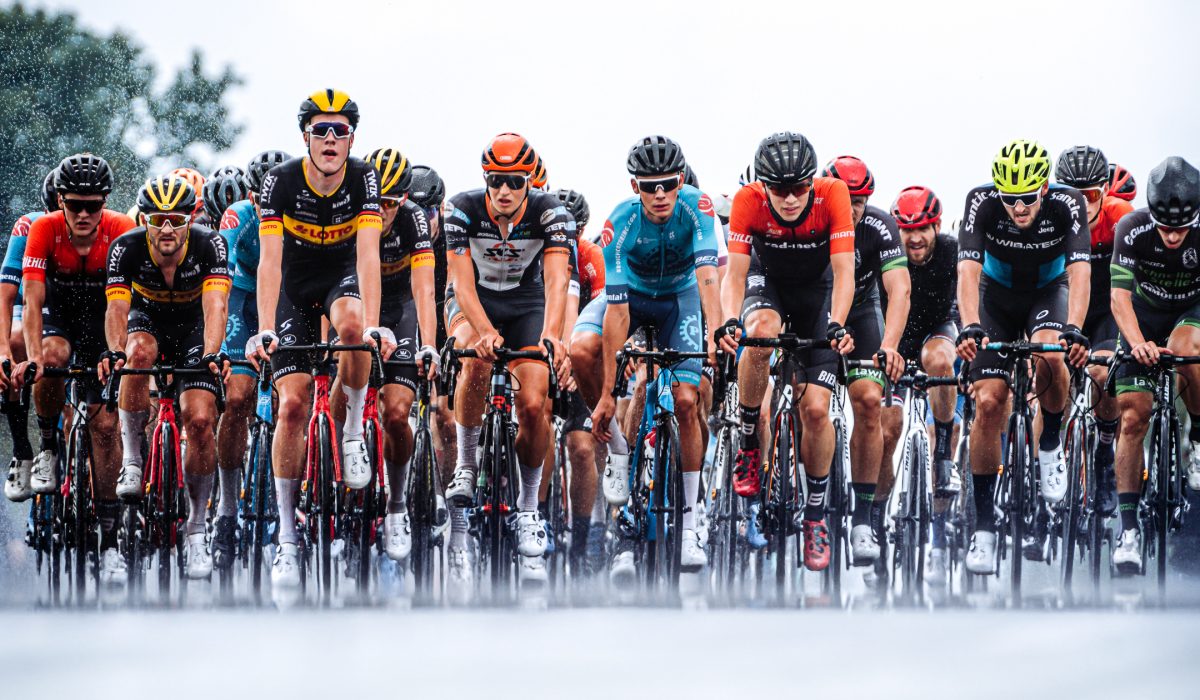 “Light and rain made it look like the peloton came cycling out of a mirage. Teamwork and the impressive skills of young talent Tom Lindner (center, blue) brought the victory for team P+S Metalltechnik at their home race Erzgebirgsrundfahrt 2021.” H&A Photo @h.a.velopix 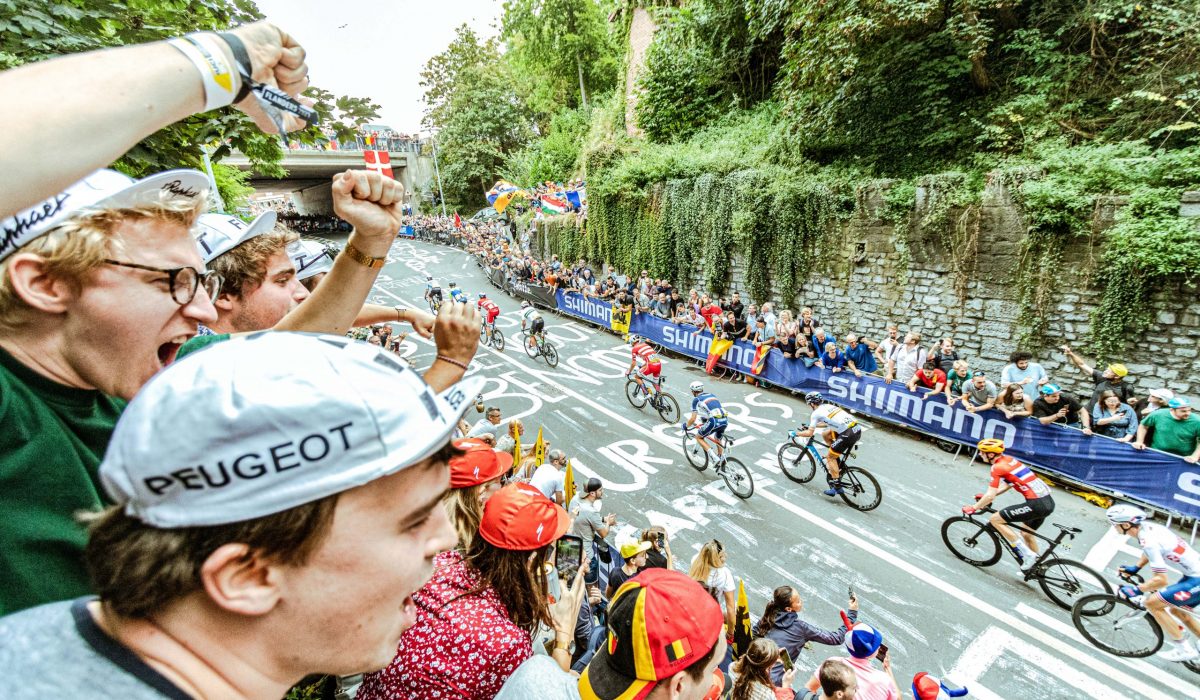 “Flanders 2021 was epic, this photo was taken on Keizersberg muur in the Leuven circuit, people were happy and cheered for the Belgian team and its main star Van Aert, the fans did not stop singing and cheering on their team, they were very nice to me and give me beers, snacks and space to take photos. it was an incredible experience.” Andrés Felipe Cano G @pipecano_photo 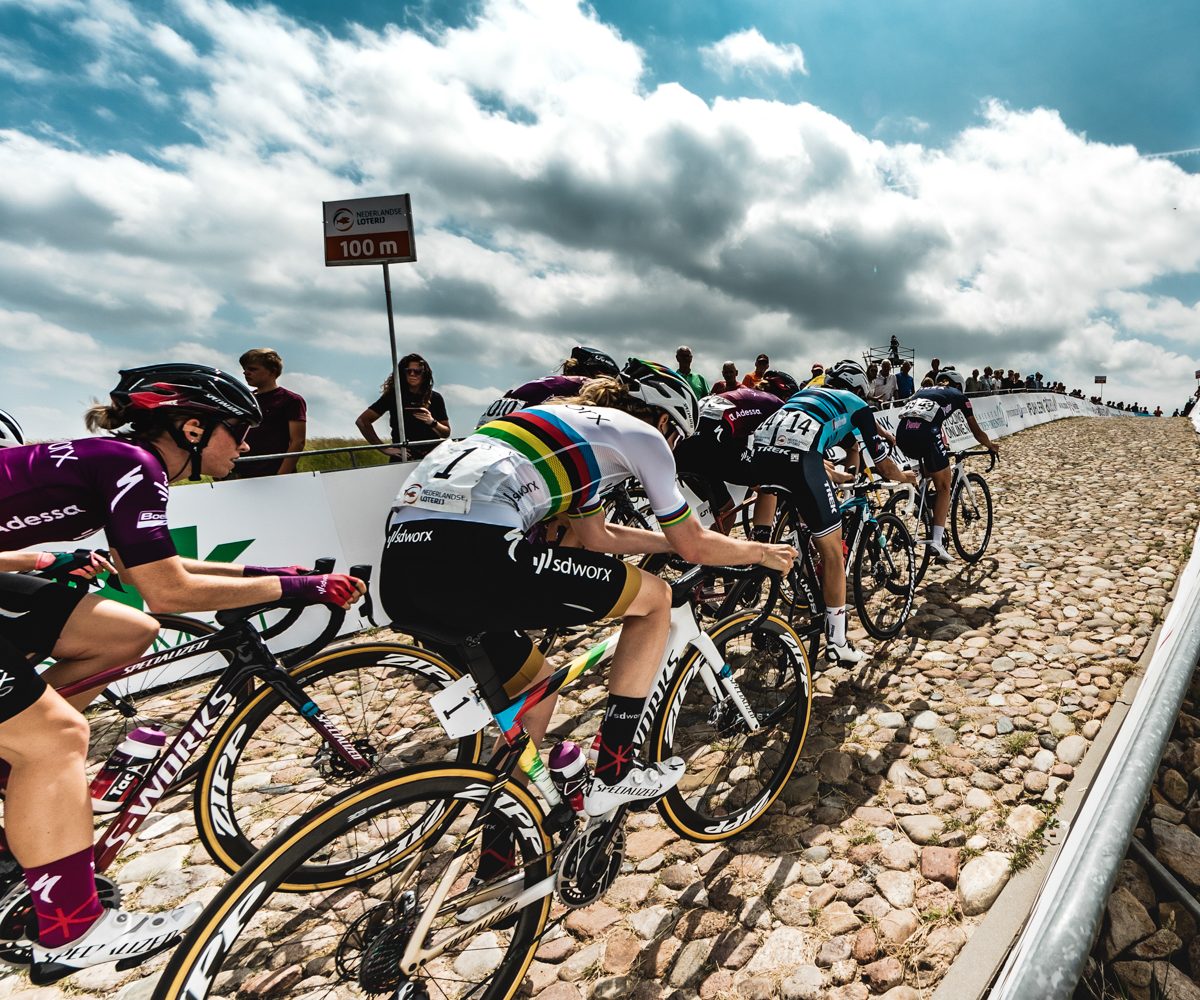 “June 2021 – The Dutch Road Cycling nationals – the ladies peloton storming up the Col du Vam, over the cruwling cobblestone section of a gradient of 15%” Marco Loman @lomanmarco 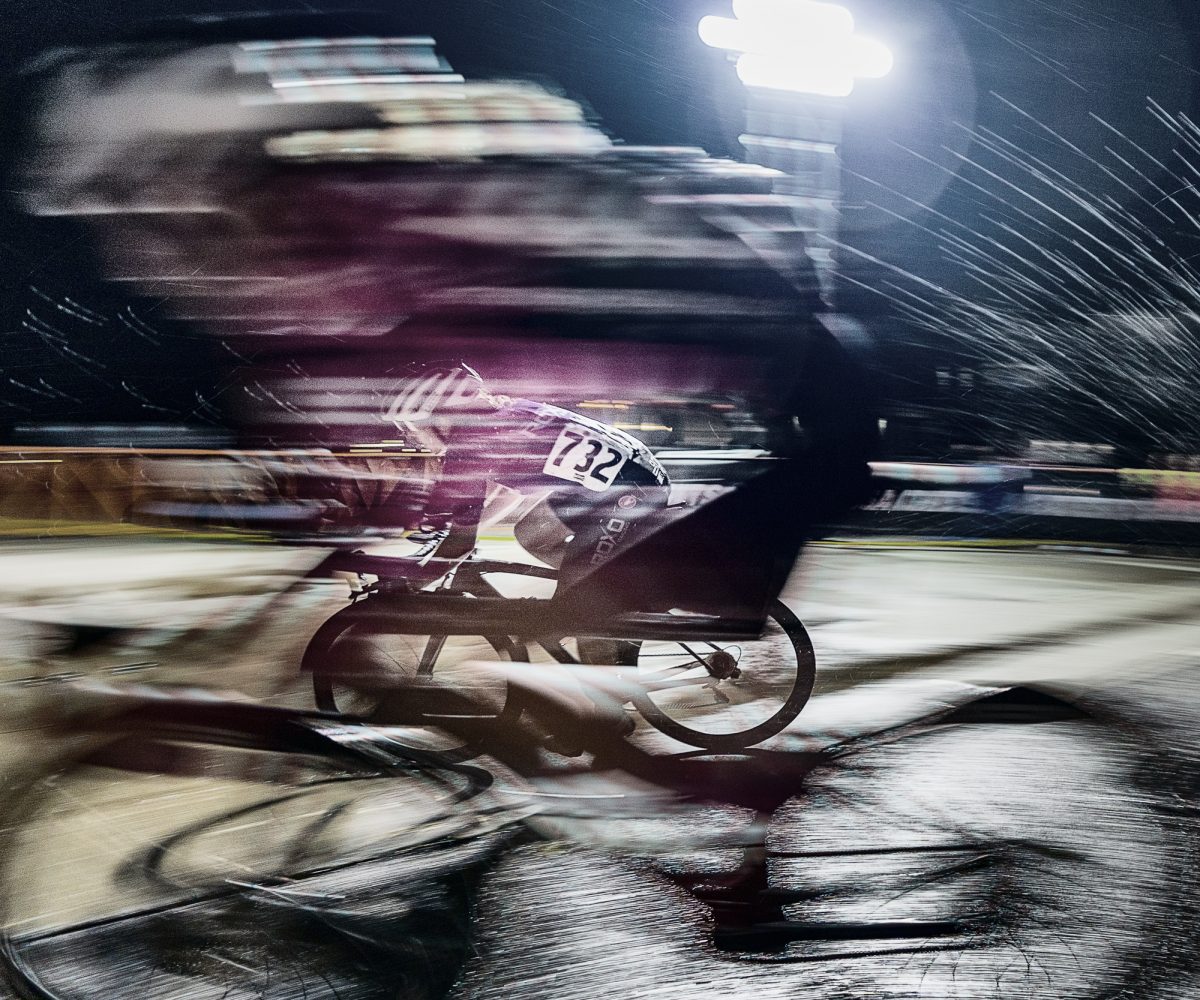 “While waiting to cross the race course during the USA CX Nationals Single Speed race I decided to crouch down and grab a few frames just as this rider came flying up Mt. Abus shaking what appears to be a recently acquired can of beer. Just as he crested the hill a spectator in front of me began to ring a bell that read “ring for beer,” which was just the icing on the party that is CX Single Speed Nationals.” Mitchell Vincent @mitchtigram

Thank you Graham Watson for your insightful choices.

To catchup on all the Showcases visit Mark Gunter Photography. and check out the shortlists from James Startt, Brazo de Hierro and Jojo Harper.

For more information on the #markgunterphotoawards2021 check out CyclingTips.